I found Jeremy Sutton-Hibbert online ages ago, as I was finding photographers who were based in Japan. I was going through a real Nobuyoshi Araki period & was wondering what else was going on in Tokyo, having had an interest in Japan for years.

When I was growing up, Japan was still seen as a non-apologetic war criminal, which then became an unapologetic prolific global exporter of electrical goods. I just saw an overpopulated bunch of small islands, where the Emperor historically liked to invade & colonise….

Anyway…the first camera I bought, (after saving for months whilst working double shifts alternately at Sainsbury’s & Pizza Hut) was a Nikon FM2, which contained an instruction manual in Japanese inside the box, so therefore to me was incredibly exotic. My only other connection with the Land of the Rising Sun, was with the mini series ‘Shogun’ starring Richard Chamberlain.

Now with Jeremy’s insistence I go visit…& my daughter living there now, I have no excuses!

That being said…it is the arrival of one of Jeremy’s new photo books Unsullied & Untarnished that any trip to the other side of the world may be put on hold to visit Scotland instead!

Jeremy, however, has now returned to Scotland to live & work & is part of a collective who are shooting some great work under the name Document Scotland. I highly recommend that you have a good look through what they are shooting, plus go to the iTunes App Store & download the Document Scotland apps for the iPad, which are very interactive!

This site uses Akismet to reduce spam. Learn how your comment data is processed. 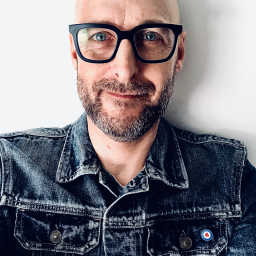